The Festival of Dussehra in India

India as a diverse nation comprises many religions and their festivals too. Numerous of festivals from each region and religion is celebrated here with a distinctive significance and true spirit. Dussehra is one such religious Hindu festival celebrated in all over India. Dussehra is also known as Vijaya Dashami. 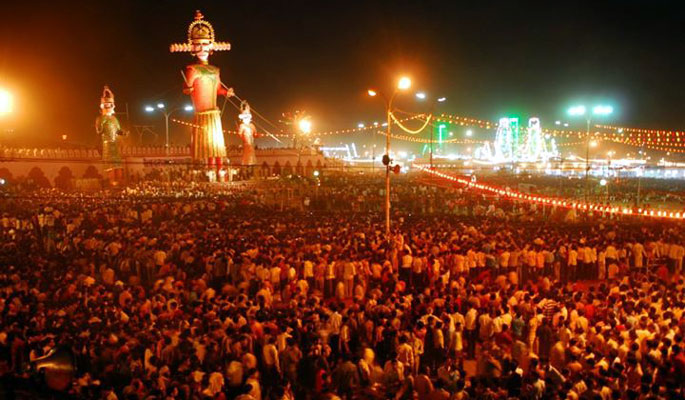 The word Dussehra has been derived from a Sanskrit word Dasha-hara meaning “remover of bad fate”, literally meaning ‘the tenth day’, as this festival is celebrated on the tenth day of Navaratri. Navaratri, yet another religious festival among Hindus, is held in the month of Ashwin-kartik. According to Hindu calendar, it’s the time during which fast are observed, ceremonies and rituals takes place followed by the feasts that are to be offered to the mother goddess in her honor and the tenth days is celebrated as Dussehra which showcases the victory of good over evil symbolizing the triumph lord Rama over Ravana and also the triumph of goddess Durga over Mahishasur- the demon. The festive moods and celebrations start from the very first day of Navaratri and festival concludes itself with a grand celebration on the day of Dussehra- the tenth day of the festival. 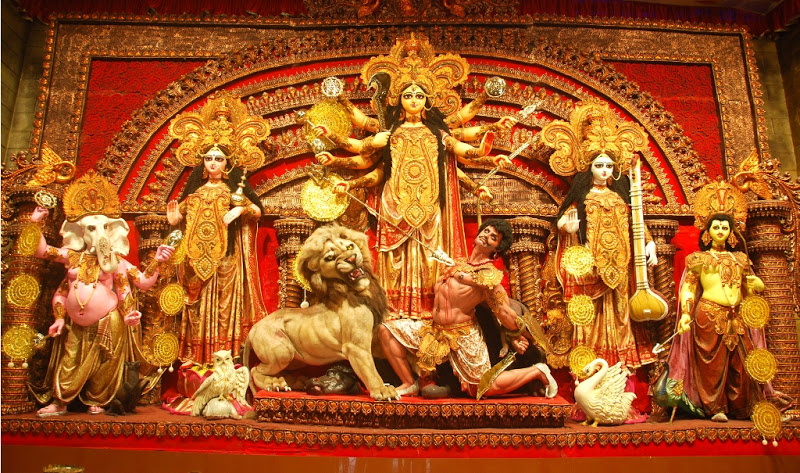 The whole of the country takes part in this celebration having a lot of enthusiasm and excitement with the same duration. The festival also marks the end of summer and the beginning of winters as it is celebrated at the juncture of these two seasons. During this ten day festival in north India, large numbers of fairs are being organized which can be seen at each state and every district. Different exciting events takes place here like acrobatics, magic shows, fascinating games, with thrilling swings, delicious mouth watering food stalls, dance performances and much more. Huge processions and parades are also being brought out in various parts of the country depicting lord ram with Sita and various other characters. The nine days Ram Lila – the epic of Ramayana, has been enacted in this program and the tenth day on the Dussehra the huge effigies of Ravana, his son Meghnadh and his brother Kumbhakarna are being burned with a lot of crackers and celebrations denoting the victory of good over evil. The burning of these effigies provides us a moral and asks to burn the evil within ourselves and live a life by following the path of truth and do good deeds keeping in mind that Ravana a legendry sage despite being so mighty and having great majesty had a dreadful end because of its evil ways.

Vijaya dashami is believed to be a holy and auspicious day especially in Mysore and other regions in India. Mysore Dussehra is a prominent festival during which the symbol of ‘Shakti’ – the mother goddess is being worshipped, in Mysore with great processions, which is said to preserve and protect the house and the family. According to Hindu mythology, worshipping the mother goddess on these auspicious nine days helps the person and the family attains immense physical, mental and spiritual power in itself that blesses them with prosperity, wealth and success in life without any suffering. The festival is celebrated with great pomp and glory in the entire country including south India as well as north India.