Gold is a symbol of wealth and prosperity in India. Associated with richness, this precious metal has been many times compared to the rich heritage of this country. India has many architectural gems to its credit. Some are as old as the 1,000 years old. Now, that is something really outstanding to preserve this old legacy for future generations. All this aptly equates Indian architectural heritage to the eternal quality of gold.
To sample this rich golden heritage, many tourists take the initiative to visit India. And their first outlet to cherish the share again starts while following the golden route to heritage. Yes, you are right. We are talking about golden triangle tour of North India, the special trip focusing on the rich golden heritage of the country. Just like a triangle has three vertices, the special trip too has three destinations that bring out the golden experiences in this incredible country from India Golden Triangle Tour Packages. 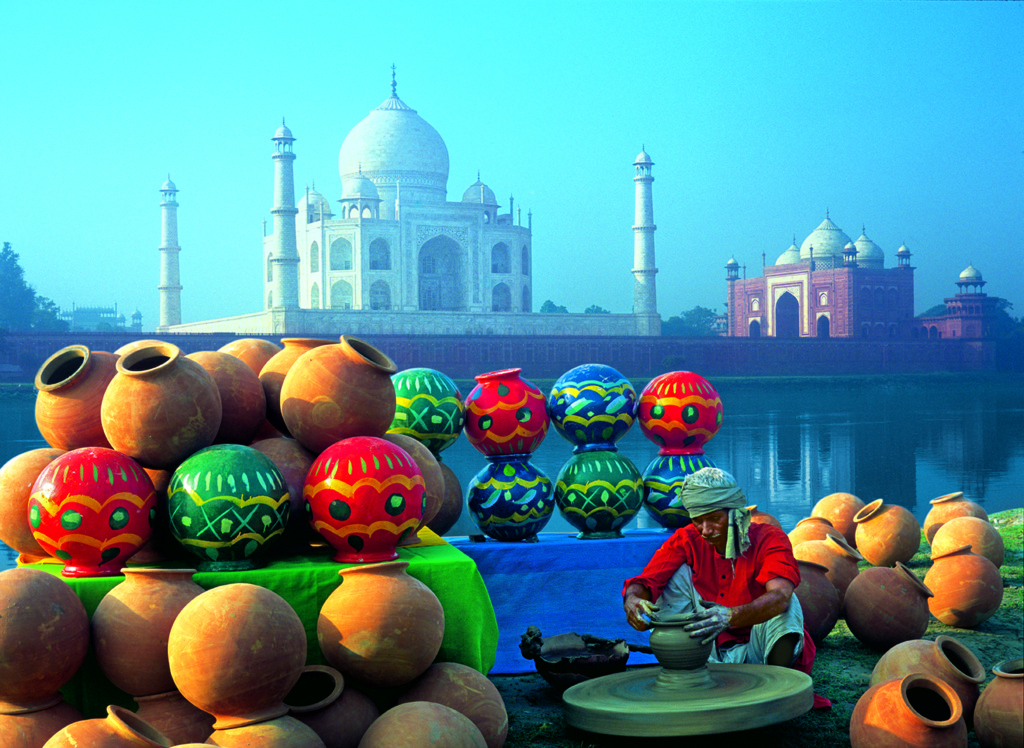 Delhi is the first destination of this trip wherein tourists can find a rare mix of a bustling metropolis and old world charm. This capital of India of enjoys an unparalleled status in terms of its monuments and heritage. One of the oldest cities in the world, Delhi has to its credit many world famous structures including Red Fort, Raj Ghat, Chandni Chowk, Humayun’s Tomb and Qutab Minar. Also, this capital city is a center of power in India. The government of India functions from Parliament house or Sansad Bhawan and the country’s President lives in the presidential palace or Rashtrapati Bhawan. All such attractions of Delhi give a deserving start to this special trip.

Next high point of this itinerary rests in Agra, the former capital of Mughals. Dominated by the Taj Mahal, the city has a rich wealth of Islamic monuments, forts and tombs. Tourists visit this city to catch up with the Taj Mahal, the zenith of Islamic architecture and cherish its beauty and grandeur in a unique way. Besides Taj, the city also hosts Agra Red Fort. The imposing red sandstone structure has a vast range of courtly buildings built under the regime of Akbar and Shah Jahan. The grand courtyards, pavilions and palaces here stir up the travellers’ imagination, taking him to the walls and structures where Mughals actually lived and ruled the richest country of its times, India. After exploring Agra, tourists can buy the souvenirs from Agra in the form of pietra dura inlay crafts and stone work coasters, etc.

The third high point of this trip is the visit to city royale, Jaipur. The current capital of Rajasthan, Jaipur has the grandeur and the glory befitting the royal culture of the region. Dotted with forts and palaces, the city has a splendid charm that can be experienced with a visit to Amber Fort, City Palace, Hawa Mahal, Jal Mahal, and Jantar Mantar. If you have free time, then a visit to Jaipur’s bazaars is also a worthwhile exercise, giving tourists a pleasure of colourful shopping in this city.
All such classic experiences are a part of amazing golden triangle tour, offering tourists a golden opportunity of exploring and enriching the memories with golden experiences in India.