The holyland country of India is astonished by most visitors on their visit to India, this popular tourist destination in the world is home to picturesque hill stations, vast deserts, beautiful valleys, rain forests, sandy beaches, exotic wildlife tour Packages India much more. For most visitors, India’s tour is a lifetime experience which is difficult to forget. And this may be the reason that many tourists coming to India extend the journey of India to explore different aspects of the country. North India is a major center for tourism in India and boasts of many big tourist destinations including historical monuments, forts, palaces, lakes etc. In this area, there has been an increase and decline of the various states and empires in history. Some of the major tourist destinations of northern India include Delhi, Agra, Dehradun, Mussori, Amritsar, Lucknow, Jaipur, Udaipur, Haridwar, Rishikesh, Jammu and Kashmir, Shimla, Kullu-Manali etc. Wildlife lovers, Corbett National Park, Ranthambore National Park, and Bharatpur Bird Sanctuary are some of the wildlife areas of northern India. 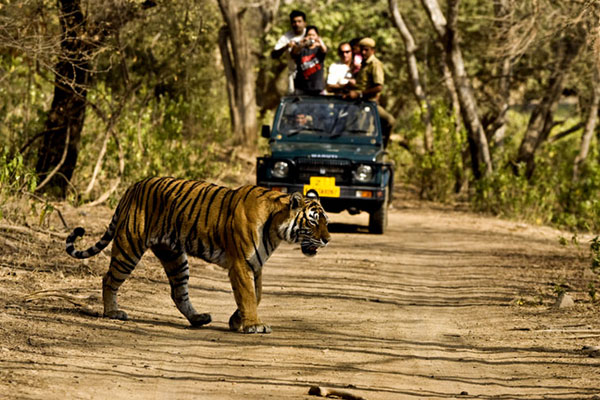 Agra Located near, Delhi, This is an important tourist destination in North India. Prior to the transfer of capital Delhi, it served as the capital city of the Mughal Empire. Today, Agra is known for its Taj Mahal, a great monument which is considered one of the Seven Wonders of the World. Agra Fort and Fatehpur Sikri are other attractions of Agra.

The southern region of India is a specialty of elaborate workmanship for its grand temples. Exotic wildlife, historical monuments and sandy beaches are other major attractions of South India which are searched by tourists during their visit to India. Historians go especially to see the wonderful temples in southern India which offer colorful and interesting sculptures and paintings on the walls. East India attracts travelers on its journey with India’s beauty and unique culture. One important attraction of East India is Puri, which is famous for Lord Jagannath Yatra. For wildlife lovers, the Sanctuary in West Bengal and Assam is the best place to explore in the eastern region of India.

The most beautiful and impressive temples in India include Khajuraho Temple, Akshardham Temple, Dwarka Temple, Mahabalipuram Temple, Jagannath Puri, Konark Sun Temple, Meenakshi Temple, Tirupati Balaji and Golden Temple.
Tourists coming to India are getting very elegant and financially because of their cheap hotel, although this is very expensive. India Goa beaches, pink city Jaipur, Kashmir, Corbett National Park, Manali Hill Station, India Gate, Qutub Minar, enjoying the Taj Mahal, enjoying beautiful monuments or historic buildings or places, hotels and tourists are affordable Resorts can be value. The government is playing an important role in the development of the tourism industry by developing in the hospitality industry. They are promoting tourism so that it can enhance India’s economic development