India – The Land of Buddha

Buddha Purnima or Buddha Jayanti is the sacred occasion when Buddha, the enlightened master was born as Prince Siddhartha Gautama. It was here on the full moon night of Vesakh month that the future Buddha was born to Queen Mayadevi in Lumbini Forest. She held the Sal grove and delivered the baby who later delivered millions of the people with his enlightening sermons.
The day of purnima is not just associated with the Buddha’s birth, but there are other important incidents in the life of Sakyamuni that occurred on the very same date. After spending 28 years as a prince of Kapilavastu Kingdom, he saw ‘the four greatest truths’ where he saw an old man, the diseased man, a corpse pulled by the mourners and the meditating sage. The four sights transformed the vision of Prince Siddhartha and he stepped out in night with his charioteer, leaving his new born baby and wife in sleep. After coming out of Kapilavastu, he cut his flowing locks and renounced his princely hood. This is called the Great Renunciation or the Great Going Forth. It thus began the new phase of Sakyamuni’s life where he wandered through the forests, within the ashrams established by the sadhus in search of answers to all questions. He was disturbed by the suffering of mankind and wanted to uplift them from pain and suffering. He wanted the release from the cycles of life and death (samsara) and this on the whole became his mission. He wanted the answer to all his questions. Though he found a little refuge in the company of meditating saints, but that didn’t give him immense satisfaction. Thus, the prince began meditating by himself.
For the six years in continuity, Prince Siddhartha undertook several austerities during meditation. He went through the extremes in order to achieve his goal, but all in vain. He was still in the dark. He reduced himself to a skeleton. In 531 BC, he reached the banks of Nairanjana River near Uruvela Village and sat on a meditation under a Banyan Tree. For 49 days, he sat under the same tree in continuity with single minded determination. And on the same full moon night of Vesakh, he pierced the shell of ignorance and liberated himself by conquering his desires. Therefore, he became ‘enlightened’ on the same day of Buddha Purnima. 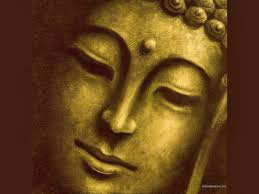 That day he became Buddha the awakened under the shade of the blissful Bodhi Tree. He also learned of the Four Noble Truths of life, Eightfold path and the Middle Path of life after enlightenment. After enlightenment, the Buddha met his first five followers at Sarnath near Varanasi where he gave his first sermon, paving his way as the spiritual master. Since then, he gave numerous sermons, performed many miracles and guided many ignorant people.
When the final day of his life neared, he announced in Vaishali about his Mahaparinirvana and asked his entourage to take him towards Kushinagar. Here, he suggested every follower to visit the Buddhist Pilgrimage to walk on the ideal path of life. And again on the full moon night of Vesakh, he freed himself of the cycles of life and death and attained Mahaparinibbana.
Thus, the Buddha Jayanti day is not just the day when Sakyamuni was born. On the very same day, Buddha became enlightened and attained final Mahaparinirvana. This day is seen with a lot of reverence in the Buddhist world. Every Buddhist recalls of the Buddha’s life, his practical teachings and seeks inspiration and blessings from the lord.
Many even begin India Land of Buddha Tour order to understand the lord in a better way and practice his practical teachings under the aegis of monks. The journey is rewarding for spirit and soul as it takes pilgrims to the four places, i.e. Bodhgaya, Sarnath, Kushinagar and Lumbini where Buddha charted his course of life and made it meaningful.